The REAL ID Act of 2005 is a federal law that put stringent requirements and standards into place for U.S. identifying documents, including state-issued drivers’ licenses and immigration papers.

Real I.D. is currently in the process of being fully implemented throughout the country. While citizens already must meet identification requirements in order to enter nuclear facilities and military bases, the next step for Real I.D. is airport implementation. Being able to fly both domestically and internationally will be dependent upon having the proper identification. Here is what you need to know about the impending REAL ID requirements for air travel.

When Does It Take Effect?

REAL ID requirements are slated to go into effect nationwide beginning May 3, 2023. The original implementation date was pushed back due to the COVID-19 pandemic that disrupted many day-to-day operations beginning in March 2020.

REAL ID is a series of nationwide standards to maintain stricter security in the issuance of identification materials. When in effect, all air travelers will be required to have REAL ID-compliant licenses (typically denoted with a star symbol) in order to pass through TSA checkpoints. Individuals without a REAL ID license by this time will not be allowed to use their state-issued drivers' licenses as acceptable forms of identification at airports or other government facilities.

Certain states offer Enhanced Driver’s Licenses which will continue to be accepted as valid identification. Passports will be accepted, as well. As each state and territory adopts REAL ID requirements, individuals will be able to obtain a REAL ID-compliant license. Every state and territory has now made the necessary preparations to implement compliance, according to the Department of Homeland Security’s timeline.

Is Everyone Required to Have a New License?

While REAL ID is a federal mandate, state participation is voluntary. REAL ID-compliant identification is not mandatory as a general rule. You will not be required to have a new license for registering to vote, driving in your state, entering federal facilities that do not require identification, or accessing health services and law enforcement.

Is My State or Territory REAL ID-Compliant?

There are currently two levels of compliance with the REAL ID Act according to the Department of Homeland Security. 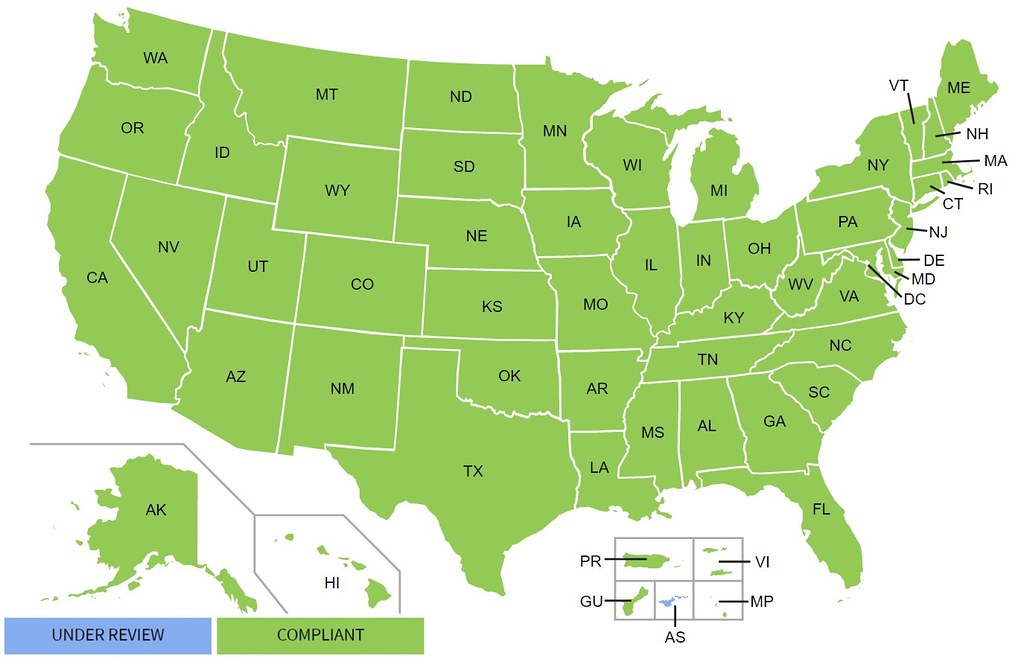 What Do I Need to Do?

As each state adopts REAL ID requirements, you will simply need to obtain a new license. If you do not have a REAL ID-compliant license (most often identified with a star symbol), you will need to be able to provide other TSA-approved identification in order to fly domestically, such as a passport. Renewing or Updating Your Passport