The National Archive and Records Administration has maintained a presidential library for every president since Hoover. Bill Clinton was our 42nd President. He was born in Hope, Arkansas, and his presidential museum is housed in Little Rock, capital city of the state he governed for a total of 11 years. As President, he is remembered for his centrist approach and pioneering the economically-conservative "Third Way" faction of the Democratic Party. He signed the North American Free Trade Agreement first drafted by H.W. Bush, signed the Omnibus Crime Bill that expanded the use of the death penalty, signed the Defense of Marriage Act, and intervened against genocide and ethnic cleansing in Kosovo. He left office with the highest approval rating of any exiting president in 50 years. His presidency was also marked by recurring personal scandal and even impeachment, the second president ever to be impeached alongside Andrew Johnson. 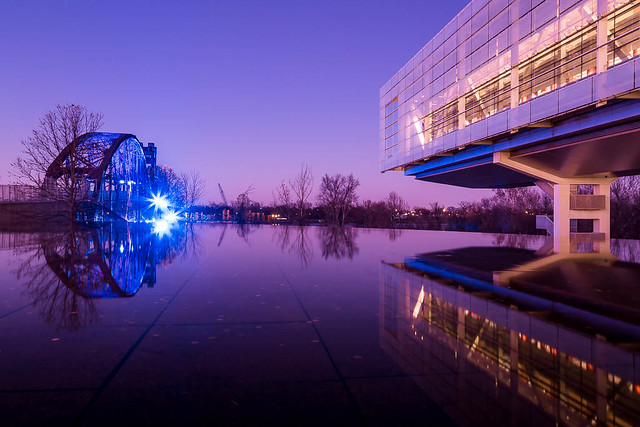 The Clinton Library cantilevers over the Arkansas River, resembling either a "bridge to the future" or an avant-garde mobile home, depending on who's talking. While the Reagan Library's Air Force One Pavilion gives it the greatest space overall, the Clinton Library is the largest library in terms of physical area. The archives are the largest of any Presidential Library—fitting for the President who oversaw the advent of the Internet Age. It holds 80 million pages of documents, 2 million photographs, 21 million emails, and 79,000 artifacts from the Clinton Presidency. The archives are the first to include digital information alongside physical documents, and because Clinton wanted his library to be filled with light, the actual archives are kept underground, in a building to the south of the main one. There is also a searchable digital library with a number of declassified and digitized documents. 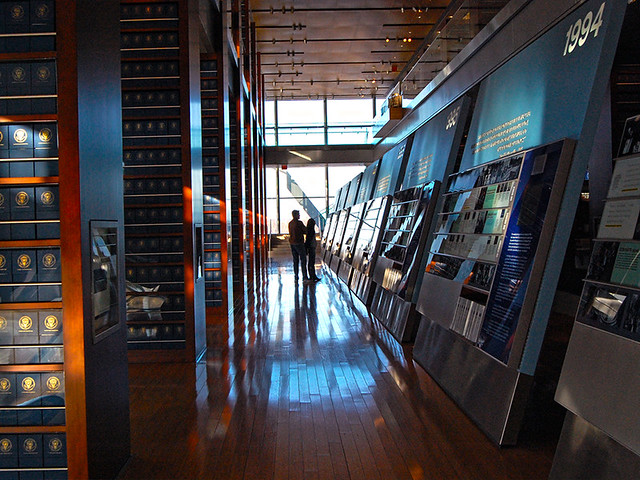 Tickets are $10 for adults, $8 for seniors, college students, and retired military, $6 for youth ages 6-17, and free for children 5 and under, active duty military personnel, Clinton School faculty and staff, and school groups who place reservations. Admission is free on Presidents' Day, July 4th, and the Saturdays before Clinton's birthday and the Library's grand opening anniversary. On Veteran's Day, all active and retired military and their families receive free admission.

The exhibits in the museum benefit greatly from the wealth of material surrounding Clinton. There are 12 permanent exhibits here detailing different aspects of Clinton's Presidency, from the campaign to the inauguration to a "statistical portraits" exhibit which—while it sounds dry—is an attempt to use numbers to communicate the weight and scale of every decision that President Clinton had to make while in office. As is customary with presidential libraries, there is also a replica of the Oval Office as it appeared during Clinton's tenure—the only such replica to be full-scale. There is also a rotating array of temporary exhibits. Past exhibits have centered around everything from Chihuly glass to dinosaurs to Charles Schulz's Peanuts comic to presidential pets. 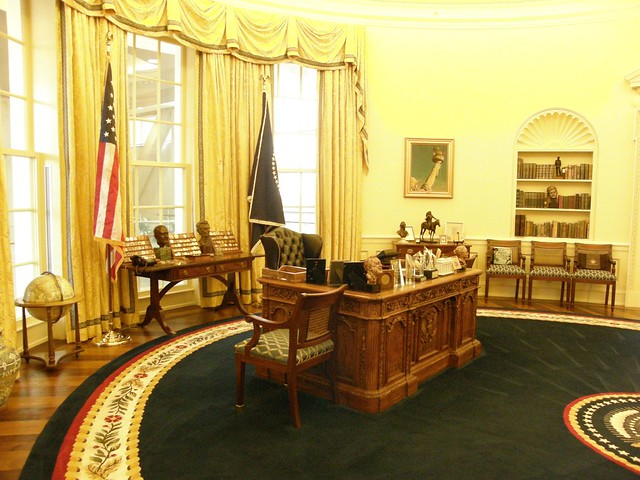 The complex houses a wide array of attractions. In addition to the museum exhibits, the main building houses the aforementioned restaurant, Forty-Two, the Cadillac One used during Clinton's Presidency, a theater, and more. The park includes a fountain plaza and arboretum, an amphitheater, and more, occupying what was once an old underutilized warehouse district. Choctaw Station is a renovated train station that now houses the University of Arkansas's Clinton School of Public Service, the Clinton Public Policy Institute, and the Clinton Foundation. There is also a place for Clinton to be interred, should he so desire. 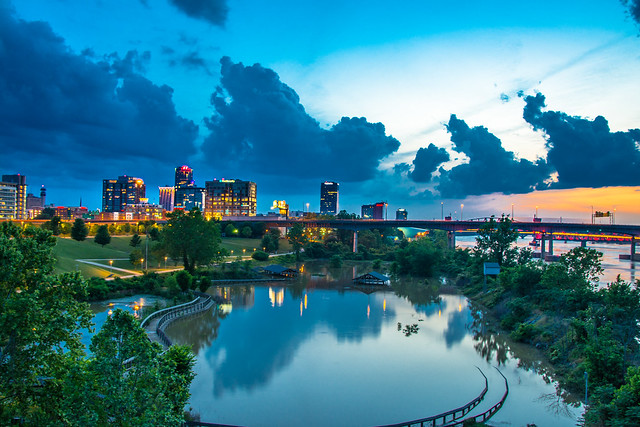 The River Market area of Little Rock is bustling and one of the South's best-kept secrets. The Central Arkansas Library System's main hub is here, as is its bookstore. There are a wide variety of restaurants, from Flying Fish to the obligatory Gus's Fried Chicken and Damgoode Pies, a fantastic local small-chain pizza place. None of that even touches on the wide variety of Southern, Mexican, Middle Eastern, Asian, and Continental offerings in the Market Hall itself. The Museum of Discovery is close by, in addition to McArthur Park Historic District, Lost Forty Brewing, and the global headquarters for famed charity Heifer International. There's also a surprising array of music venues, like local legends Stickyz and the Rev Room. 10 Destinations that Aren't as Sketchy as People Think 25 Useless Things You Learned in School