San Francisco is a city steeped in history, culture, and the arts. The diverse area has no shortage of attractions. While some may be world-famous, there are other must-sees that should be on any first-time visitor's list.

The Golden Gate Bridge is recognized worldwide as a symbol of San Francisco. The iconic structure crosses over the magnificent straits of San Francisco Bay, from the city of San Francisco to Marin County. Long praised as a modern architectural marvel, the elegant suspension bridge is among the most photographed bridges anywhere. It is prone to spectacular views because of its proximity to land, sea, and fog. Many famous photos show the towers above the cloud layer. The bridge also serves an exceedingly practical purpose in that it eliminated  a somewhat difficult ferry ride.

Alcatraz Island was once a storied high-security prison. Authorities considered the possibility of escape to be nearly impossible due to treacherous sea conditions and powerful currents of the waters. The history of isolation and cruel treatment there is made famous in the book and film The Birdman of Alcatraz. It remains a picturesque island in San Francisco Bay and eventually became a museum and point of interest. Visitors can reach the island by ferry and tour the well-preserved prison environs. The experience provides a rich historical perspective on crime and punishment in America. 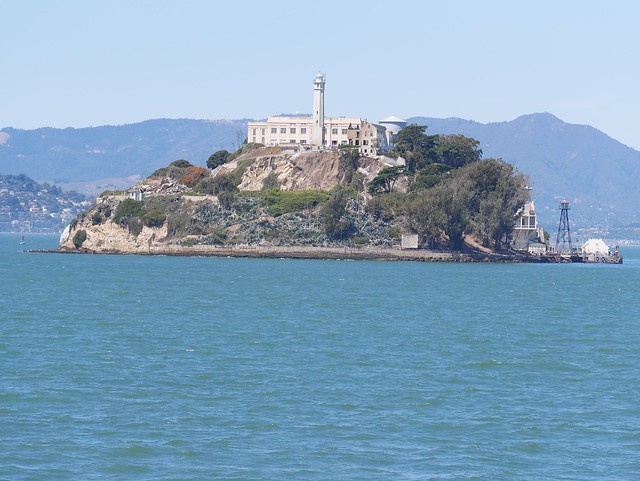 Fisherman's Wharf is an exciting neighborhood centered around Pier 39. It is a collection of restaurants, shops, and entertainment venues but famous primarily for fresh seafood. With something appealing to nearly every age and taste, the Wharf is a combination of modern and older features. The Wharf is the long-time home base of an active fishing fleet, which brings fresh Bay seafood to the city.

Chinatown, in downtown San Francisco, is the largest Asian community in the United States. It is an old and well-established area with strong cultural representations in arts, music, and food. There are many places to shop for authentic goods, and visitors can enjoy regional Chinese cuisine. The holiday celebrations in Chinatown are colorful events that have enthusiastic support from across the city. 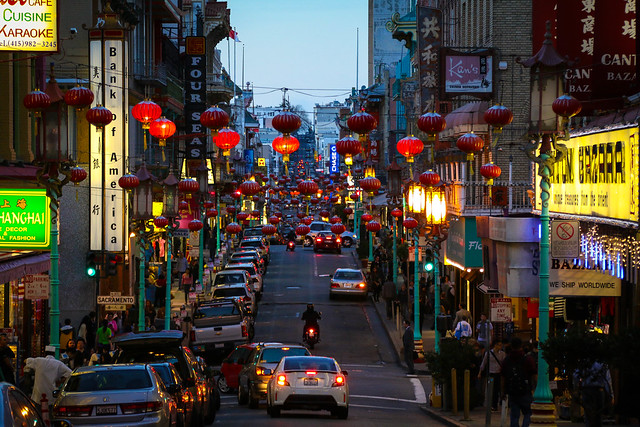 Lombard Street is declared by locals to be the most crooked and slanted street in any city in the world. It is located between Coit Tower and the Embarcadero, and it perfectly defines the hilly landscape where, for over a hundred years, people have erected homes on the nearly impossible slopes of the city. Its steep cobblestone and brick pathway is lined with remarkable architecture and classic San Francisco-style homes.

Grace Cathedral follows the strong European traditions for stonework cathedrals. Modeled after European-style churches, it has soaring towers and intricate stained glass art windows. Located in the classic Nob Hill section of downtown San Francisco, it features art themed upon the life of St. Francis of Assisi. Episcopal in affiliation, the church includes a school, regular services, and labyrinths for reflection. 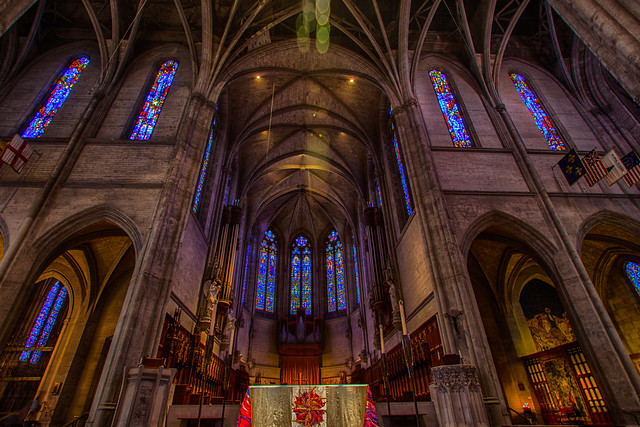 The Palace of Fine Arts on Lyon Street is a magnificent stone structure, part of the famous 1915 Panama-Pacific Exposition. Located in the Marina District and featured in many films for its stunning scenic beauty, the palace is a place where man-made and the natural live in harmony. Parts of the structure have classic columns and stonewall, and the main feature is a stone dome supported by arches.

The Presidio, located in the Cow Hollow neighborhood north of downtown, is a park and former military fortress dating back to 1776. It has a rich history and scenic views of the Bay, including the Golden Gate Bridge. Preserved by historic trusts, the early fortifications still stand. Its history of conquest and political change is reflected in many of its authentic features. 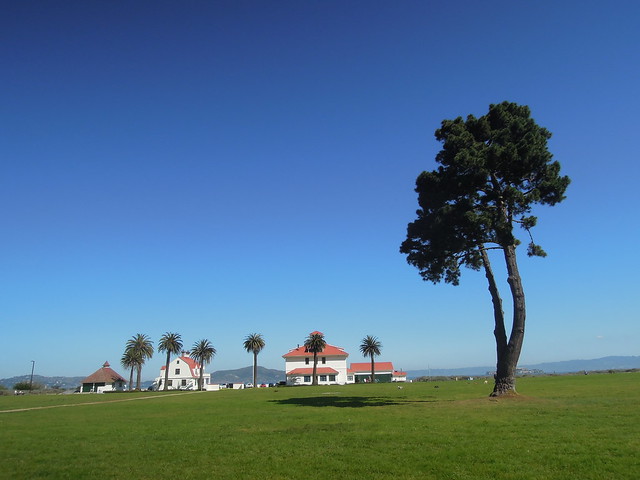