Kansas City is located at the literal heart of the contiguous United States, making it easy to arrive by plane, car, or even train. During a weekend or short stay, there are a variety of things to do in this modern Midwestern city for anyone, be they a food connoisseur, music aficionado, or sports lover.

Kansas City runs the gamut in accommodations with choices from an economy highway motel to a luxury boutique. If you don’t want to hassle with driving in an unfamiliar big city, find a downtown hotel to park your car and forego the rental. The Crown Center area of downtown has two nice hotels in the Westin and Sheraton Crown Center. They both provide covered parking and have a host of attractions within walking distance. These two hotels, and many attractions in this area, are connected by the “The Link”, a raised covered walkway that will keep you out of any inclement weather. If you arrive by train and have a small carry-on suitcase, you can easily traverse the Link from the nearby Amtrak platform at Union Station.

Have kids in tow? If they are like most kids, they will love the Legoland Discovery Center and the Sea Life Aquarium located in the Crown Center. Legoland has an amazing Lego-built model of Kansas City as well as other items. If you are so inclined, you can get down on the floor and start building your own models with the children. The Aquarium and Legoland offer a discount if you buy a package entry to both attractions.

It’s the reason you probably came to Kansas City: barbecue. Even if you’re not particularly fond of red meat, you can’t visit KC without trying some barbecue. At the least, order some chicken. For a great take on this Kansas City staple that is also nearby your hotel, take the short journey across the railroad tracks to Jack Stack Barbecue: Freight House. A city institution with multiple locations, Fiorella’s Jack Stack ships its barbecue all across the country. While they might have national ambitions, they don’t skimp on their local customers. The crown prime rib is the star of the show, but with generous portions and an attentive staff, you won’t have a bad meal with whatever you end up ordering. 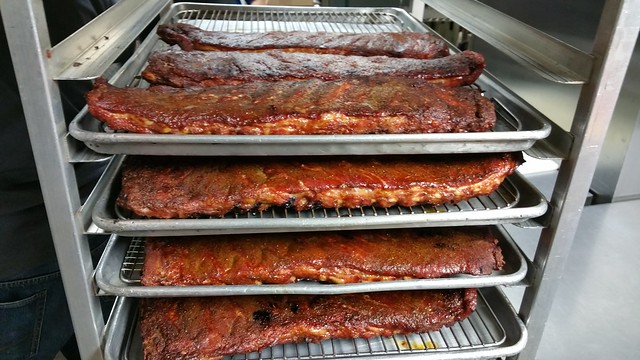 After a couple hours of driving, we know the last thing you want to do is drive some more. But if you want the best barbecue in the Midwest, the 15-minute drive over the Kansas border is definitely worth the trek. There will most certainly be a line at Joe’s Kansas City Bar-B-Que, but this hearty meal will make sure you have a good night’s rest.

Next to Crown Center is Penn Valley Park which includes the only World War I museum in the United States as well as the Liberty Memorial Monument Tower, one of the best-kept secrets in Kansas City.  The historic displays in this museum, including a life-size depiction of a WWI trench, are not to be missed. The memorial is manned by volunteers which allows admission to be kept at a very affordable price. The view from Liberty Tower, included with your museumd ticket, offers an incredible perspective of Kansas City and the surrounding area. While the memorial’s green grounds are a must-see, if the museum’s exhibits don’t interest you, perhaps some other kind of greenery will. Just adjacent to the park’s south side is the Federal Reserve Bank of Kansas City and the Money Museum. What kid wouldn’t want to learn about currency? And speaking of money, a visit here won’t cost you a dime. 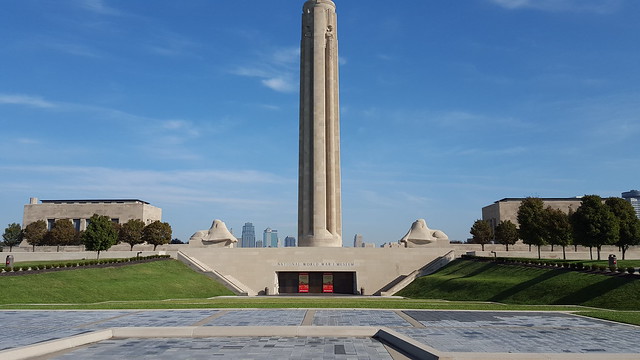 Just north of Crown Center, and connected by the Link, is the one-hundred-year-old Union Station which, fortunately, was saved from the fate of a wrecking ball. The architecture is something to behold, featuring ornate cathedral ceilings. You can just image the activity in this old train station, especially before air travel became common. Union Station always has some rotating exhibits available, but what you'll really be interested in by Saturday afternoon is some lunch. Before exploring all of Union Station's offerings, take a pit stop at one of the two restaurants: Harvey's or Pierpont's. You could also grab a pre-made sandwich at Parisi Coffee café.

If you're feeling a craving for something a little more local, take a quick Uber ride up Main Street to Town-Topic Hamburgers. They've been serving up lunch fare for 75 years and counting. Once you've recharged, you can get back to exploring. After you've finished and are walking back to your hotel via the Link, take a few minutes to view the historic pictures of Union Station during construction and throughout the years. When you head out later tonight for dinner, be sure to catch a glimpse of the building at night with its specially-colored illumination.

Across Union Station's tracks and the interstate lies the eclectic arts neighborhood of Westside North. Centered around 17th and Summit streets, the small area has an embarrassment of culinary riches. We suggest taking a stab at Novel, which is consistently lauded as one of the best restaurants in the metro area. It’s a great place for both visitors with adventurous tastes (duck neck dumplings) and those who prefer more tried-and-true dishes (pork chops and strip loin). Those with children may have more fun at Chez Elle, open until 9:00 p.m. on the weekend. The savory crêpe creations, full of chicken, salmon, or ham, are sure to be a memorable dinner for your little ones. Or, better yet, have breakfast for dinner!

The night is still young, however, and you haven’t experienced the famous Kansas City style of jazz. Head east across I-35 into the Crossroads Arts District. There’s always some kind of event happening or featured exhibition at one of the many galleries in the area. The first Friday of every month also serves as a mini-festival. Merchants bring their wares outside, and residents shop, sip, and listen to live music. But for tonight, grab a cozy booth at Green Lady Lounge to hear jazz the way it was meant to be heard. The dark, romantic atmosphere is perfect for a couple of nightcaps while snapping along to the beat. This place is nothing short of stellar: amazing music, incredible atmosphere, and no cover charge.

Following a night out, you may need to sleep in just a little bit to catch up on beauty rest. Before heading home, stop by LaMar's Donuts to pick up a treat for the road and some much-needed coffee. Their Long Johns, aptly called LaMar's Bars, are forearm-length cream-filled creations that are sure to hit the spot while driving home. If you're sticking around for some afternoon fun, Sunday belongs to the city's professional sports teams. Sports fans have all their bases covered in Kansas City, which has two professional soccer teams, Sporting KC for the men and FC Kansas City for the women, an NFL team, the Chiefs, and a Major League Baseball team, the Royals. Most teams host home games on Sunday afternoons, making them great places to tailgate and enjoy some sun. 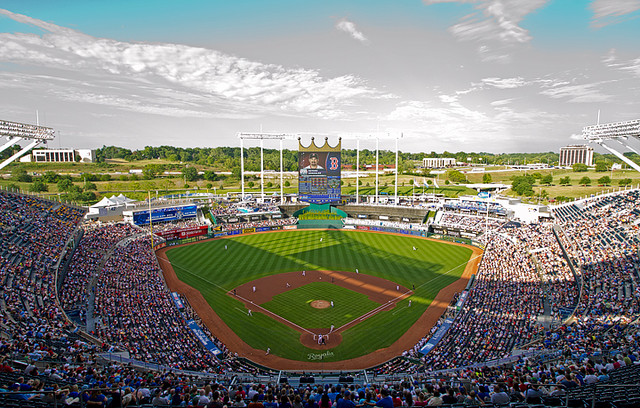