Are you spending a weekend in Austin? This city isn't like the rest of Texas. Austin may be a big city now (as the nation's eleventh most populous), but it has the feel of a small town by priding itself on everything local. You might even say the city has a bit of a flair for the dramatic, or at least the artistic. Take the worry out of cramming enough activities into three days by following this 72-hour itinerary hand-crafted by an Austinite.

Roam the downtown area south of the river for a glimpse of Austin's heart. There are tons of shops offering local art and vintage goods. Uncommon Objects, Tesoros, and Lucy in Disguise with Diamonds are all close to some great restaurants and food trucks. A short walk away is Parts & Labour, with a ton of Texas-made goods that are so far beyond the phrase "local gift shop" that the phrase barely applies. The striking pop-culture art by Tim Doyle is a particular standout here. 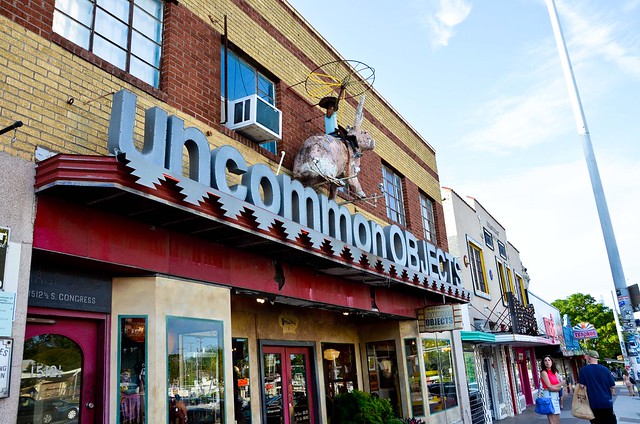 Everybody thinks they want to hit up 6th Street, but you don't. You really, really don't. Not unless you want to feel like an extra in a George Romero flick where all the zombies are replaced by dead-eyed, shuffling teenagers. You're going to Trudy's.

You're going early because happy hour ends at 7:00 p.m., and the Mexican Martini is everything you ever wanted in an Austin bar experience. They cut you off after two drinks, but you're going to be fine with that. The company is much less obnoxious here than on 6th street, and the stuffed avocado is incredible.

Saturday Morning: Juan in a Million

Depending on whether you availed yourself of the happy hour at Trudy's, you may be in the market for a lot of protein and grease right about now. The best way to do that is with the Don Juan, a monstrous breakfast taco at Juan in a Million, just north of the river. This gorgeous mountain of potato, egg, bacon, and cheese costs less than $5, but you'll want to buy three or four extra tortillas. Plus, you'll want to bring a friend. This bad boy's been featured on Food Network, but you won't need its credentials once it's in your mouth.

Austin is basically one enormous festival that shifts from one purpose to another and leaves traffic in a permanent snarl. Since it's wrecking peoples' commutes, you might as well take advantage of whatever it is this week. Maybe it's the O. Henry Pun-Off, or the Edible Bug Festival, or the Republic of Texas Biker Rally. 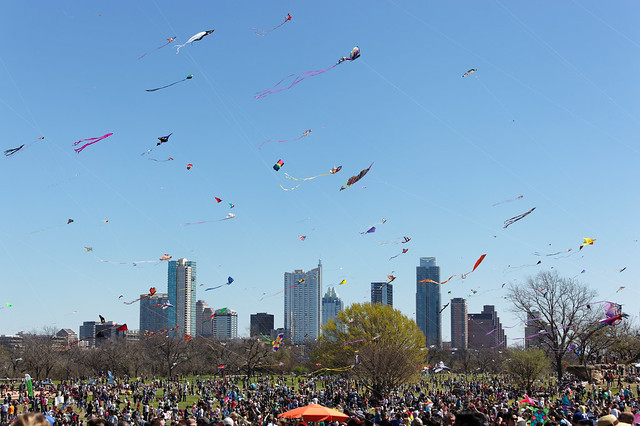 There's also a music event every now and then. If whatever band is taping Austin City Limits this weekend doesn't appeal to you, there's the ACL Music Festival, SXSW, Fun Fun Fun Fest, Urban Music Festival, or Euphoria Fest, all depending on what time of year it is and what your taste in music is like.

Pinballz is a local legend. With some 250 games and over a hundred pinball machines, this massive arcade is way out on Research Boulevard with the warehouses and tech R&D shops. The awesome mix of new and retro arcade fun draws enough crowds that they just opened a second location in Buda. The original location is also BYOB, with adult nights on the weekend.

There was an underground river here, but the dome above it collapsed, forming a magical jade-green swimming grotto surrounded by waterfalls. Everyone needs to see this place at least once. If Hamilton Pool is overcrowded or closed, you could also check out Barton Springs Pool, a spring-fed, three-acre pool that stays 68°F all year long. Or, if you prefer your swimming clothing-optional, there's always Hippie Hollow.

The Alamo Drafthouse is a full-service restaurant and bar, in addition to being a movie theater, complete with gourmet popcorn and cocktails themed around the movie you're watching. Local pulp auteur Robert Rodriguez is a frequent patron, and will often introduce his films (and give cooking classes) when his movies like Grindhouse and Sin City debut. Moreover, if you absolutely have to see 6th Street, the Alamo Ritz is there, so you can at least see a movie first as an excuse. It's not unheard of to bump into Elijah Wood or Quentin Tarantino in the bathroom, and as weird as this sounds, the custom "turn your phone off" ads are worth the price of admission alone.